A historic win and it will be the first time ever that a white billionaire will move into a public housing vacated by an African-American family!

I posted the above statement on my Facebook wall.

My cohorts and peers from Hawaii got it immediately as something funny. I lived in Hawaii for 7 years so to some extent I do get their sense of humour.

The mainlanders (the US of A is called mainland in Hawaii). Some took offence to the statement.

The election of Mr Donald J Trump has sent tremors in many parts of the world including the US of A.

The perception he created during the campaign too many of us is real.

The ideal of building that wall to keep the Mexicans out of America is real.

The ideal of chasing away all non-documented immigrants is real.

The question I have, is can the Native Americans, decide that all immigrants should leave the United States of America.

Yes, I am not an American citizen and why should I care.

The Americans have chosen a leader that will impact me as a world citizen whether they like it or not.

America, the country is important to the rest of the world

Therefore, the election of President Elect Trump does affect me as well.

The bullhorn America uses in the world to get things done does impact many a country.

From the charity causes, to the human right causes, to the economy(neo-liberalism), https://www.theguardian.com/books/2016/apr/15/neoliberalism-ideology-problem-george-monbiot, to the wars of justice, the election results leave many of us wondering whether this is a new era of political incorrectness that is here to stay.

Let us hope that the perception that Mr Trump’s campaign has caused will be eased by the reality of governing the country and by default the world.

To the new administration wishing you all the best in healing the polarized world that is watching your every step. 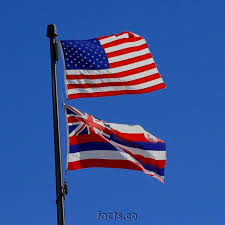 The USA flag and the State of Hawaii flag

The pitfalls and insights

My topic of reference being a returnee back to the motherland, the pitfalls, the insights of what one should do before returning and as we all know if you do not plan then it means you plan to fail. Too many managerial clichés. Right.
%d bloggers like this: